The following story was sent to me by a reader (and fellow Sad, Single, Gal….):

I cabbed it to a karaoke sports bar the other night with some friends, who also happen to be my neighbors.
There was a small birthday party of strangers going on in another part of the very small, mostly empty bar. (Sad in itself since it was a Friday night.) Cut to an hour later when the Birthday Boy, who isn’t half bad looking, is told he’s on deck to sing “Girls Just Wanna Have Fun.” His friend signed him up to it…he doesn’t want to sing it. Somehow he ends up at our table.

Me: Come on, dude. It’s your Birthday. Do it.
Boy: I’m just gonna tell the DJ to skip me.
Me: None of your friends will sing it with you?
Boy: No!
Me: If I sing with you, will you do it?
(Whatever compelled me to do this will never be known. Might have been my friends giving me that “He’s cute, stupid!” look. Whatever the reason, what makes this even sadder is that I only knew the chorus of the song…)
Boy: OK!

Public embarrassment ensues, much to the delight of my friends. I go back to my table.

Ten minutes later…his friends are leaving. (Uh what? It’s only 11:30pm) and he asks to join our table. My guy friend points at me and goes: “Just so you know, she’s single. None of us are dating her.” (My other guy friend in our party laughs and agrees… Thanks guys.) Turns out, Birthday Boy is new to town and drove himself to his Birthday Party.(Aww) He offers to drive my party back to our apartment if we all continue hanging out, so we do.

When Birthday Boy leaves, he doesn’t ask for my number. My friends are *shocked.* Apparently he’d only been talking to me the whole night. Next day, he finds me on Facebook, Friends me, and sends me a message saying we “should catch up again sometime soon.”

So far, all he’s done is “like” random statuses of mine….Sad.

But does that mean he "Likes" you??

Well, friend, while I do feel for you…just remember one thing! You at least had a guy’s attention for an evening…that’s more than poor, ole SSG! Just kidding, you know, just me being self deprecating!!

But for real, to all you ladies out there- I want to for real issue a wake up call. I once got the best advice from a guy (I won’t say who because I would never hear the end of his bragging that he was right..) who said that if a guy wants to contact you he will do anything to track you down. I 100% agree with this. If you give a guy your number and you don’t hear from him, ladies: He’s Just Not That Into You. 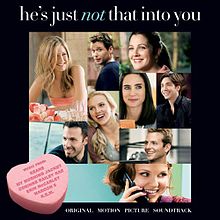 But what I think we often forget is that, YOU HAVE TO GIVE THE GUY YOUR NUMBER! Stop sitting on your asses and expecting the guy to do everything. He already said “We should hang out” friend, but did you reply and offer when/where? 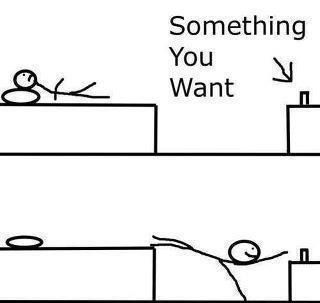 I want to be swept off my feet too…but I think as ladies we all have to realize part of that “sweeping” is only going to happen if you also pick up the broom (oh Groan…yeah, I was that corny..). 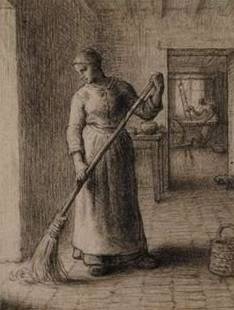 See? Women back in the day knew how to do it!