If you have never heard of Helen Gurly Brown, then maybe you have at least heard of Cosmopolitan Magazine? Well, before that, Helen was actually the original Carrie Bradshaw….

Because before Carrie, Miranda, Charlotte, and Samantha could freely strut their stuff in Sex and the City….the world had to learn to accept that women HAD sex when it wasn’t with their husband! AND, that maybe they could be in control! SHOCKING, I know! So, Helen wrote her book that changed the way women (and men) think….

The original title was actually going to be Sex for the Single Girl…..but that was a bit to risque in 1962!

Helen’s book went on to influence women- both good and bad….because no matter what people thought, it at least created a debate. It at least got people thinking about women as more than just the “Donna Reed” perfect wives or adulterous whores…it found the middle ground. And we wouldn’t have much of the female icons that came after if Helen Gurly Brown never sat down to write her book…in fact the creator of Mad Men, Matthew Weiner frequently attributes her work to the inspiration of the female characters that exist at Sterling Cooper Draper (oh wait, he’s dead!….spoiler alert if you haven’t seen yet, whoops!)

So thank you, Helen Gurly Brown, for all that you did to change the world! Especially, might I add, thank you for telling me 100 Best Sex Tips, His #1 SEX Fantasy, 99 SEX Moves, and Hot & New 50 Sex Tips

You will be missed…..but not forgotten….thank you for celebrating the Single Gal all those years ago! 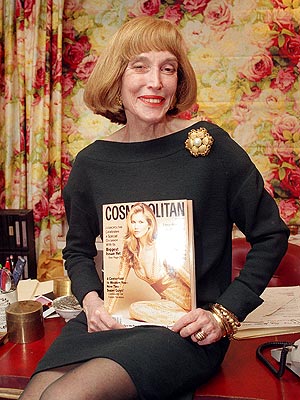 So since I have been so busy traveling and have neglected all you fine people, I missed the Fourth of July. And yes, I know, Fourth of July=Declaration of Independence, but really? Fuck that!
So I decided to keep on the theme of American documents and draft a SadSingle Bill of Rights (Loosely, WAYYYYY loosely based on the real bill of rights…ok maybe not even based just used whatever I remembered from 3rd grade and a glance at google …)

All those men in one place….can you count the STDs?

END_OF_DOCUMENT_TOKEN_TO_BE_REPLACED

I wrote some time ago about how I have been immortalized as the perennial Third Wheel. Well, last night I was out with my good friend and her boyfriend. And I have to say, not once did they make me feel like the third wheel. Rather than making me feel like this:

SadSingleGal on a usual night

END_OF_DOCUMENT_TOKEN_TO_BE_REPLACED

In honor of my TWS (Third Wheel Status), i figured I would honor those other famous third wheels throughout time, space, fiction, etc.