So this might be wild speculation, or facts…and as any of us learned from Aaron Sorkin’s Newsroom, you need two (count it 2 sources) to validate a story! So, apparently the couple that no one every really gave a shit about or thought was that real, especially since their movie The Green Lantern tanked and they then apparently went and Topped That by buying a house together (?) in Bedford, NY (??) of all places!

But you might recall that Mr. Reynolds was married once before….hmmm….younger, blonde, actress…someone has a type!! Blake isn’t the first Mrs. Reynolds! That honor belongs to no other than Scarlett Johansson, who divorced Ryan in 2010 after two years of marriage.

But Scarlett’s week isn’t just sucking because her ex husband has moved on! No, apparently last week Scarho “reunited” with her ex BOYFRIEND, Jared Leto at the DNC: 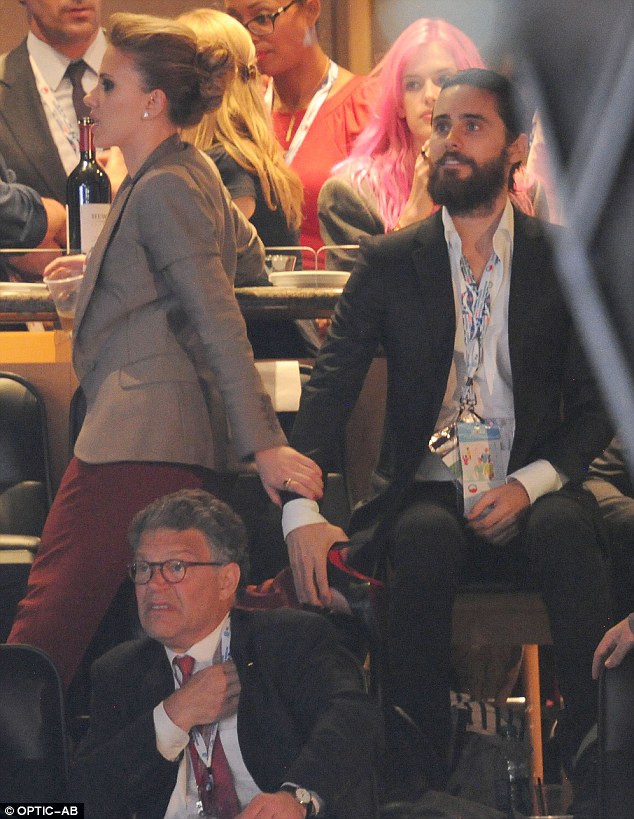 But then mere hours after the world found out the Ryan legally replaced his Scarjo with another ho, The Daily Mail in the UK run this lovely headline: