We’ve all read the covers of silly women’s magazines that proclaim to have insight into a guy’s mind. “The sexiest thing-straight from real men” “what guys really like” “what guys want” and so on and so on….And it all kind of seems like bullshit, because what, the sexiest thing to a man is confidence? No, it has to be boobs, or butts, or what other obvious body parts are there? But I keep being told time and again, that this confidence thing is the most attractive quality I could have.

Who is this meant to appeal to? Me or a man?

Problem is, I am not someone who thinks highly of myself when it comes to guys. I don’t walk into a bar and expect men to fawn all over me. Which is probably my downfall if you think about it, my overwhelming lack of confidence in myself. Alas (yeah, I said alas..let’s make words like that cool…), that is the painful truth. I am shocked when a guy shows any interest at all. I get flustered and probably act weird when a guy comes up to talk to me at a bar.

So several months ago, I met someone in a group situation. Much younger than me, someone I would never look at to date. Beyond the fact that this individual was much younger, I really had nothing in common with him. He was nice enough, as a friend, but I would never even look at him as something other than that.

And that’s when the giant, massive crush came a tumblin’ down. If you think you have had someone awkwardly flirt with you before, you have never witnessed the painful situations I found myself in with No Way in Hell Guy. It reached the point of puppy dog cuteness (yeah, I got asked out for Valentine’s Day…for a first “date.” Some would say cute but, really? Really?!), and then plummeted far past to so incredibly uncomfortable that I wanted to cry. But why in the world did he want me so bad? 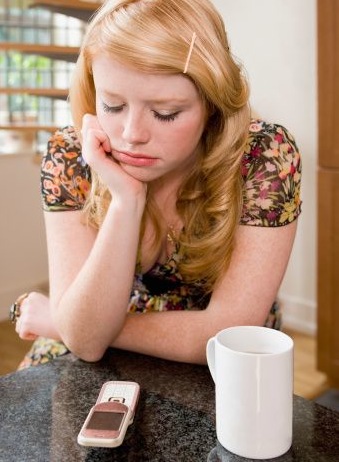 Don't be like this girl, and maybe he'll call!!

It was the damn confidence. I finally figured out that those stupid magazines and their fake men (anyone else remember “Jake” from Glamour?) knowledge wasn’t actually fake, just annoyingly right. No Way in Hell Guy was all into this (“this” meaning me) because I could care less, and it wasn’t like I was playing some silly girl game that we all play and pretend we don’t…I really could care less about what he thought, so my walls were totally down. I wasn’t putting on some silly act. It’s like when you are walking down the street and get a catcall. Unless you are a hooker on the street corner, you probably aren’t doing anything to deserve some guy yelling profanities at you in a school zone around little children. And in that weird way, even though it is annoying and gross, it kind of is nice to know that you are worth being yelled after. (What, only me?)

But what I can come away with is that, yeah, I should be acting like that when I walk into a bar/bookstore/coffee shop/wherever. I shouldn’t give a shit and maybe there will be less No Way in Hell Guys and more Sure You Maybe Deserve a Chance Guys paying attention to me. Just don’t allow your confidence to become “I am so much better than you,” because that is unattractive to everyone. So are socks with sandals….just saying. 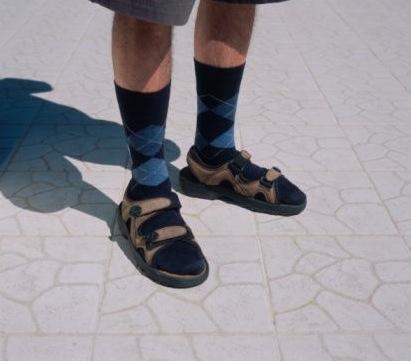 Come on, who thinks this is a good look?