As a single gal (or guy- welcome!) you expected Valentine’s Day to Suck.

You expected Christmas to suck. I already explained why Fourth of July can suck (alcohol). So you probably weren’t expecting Halloween to roll around and have all of your happily paired up friends shove it in your face! Too bad. Welcome to Soloween.

What is Soloween you ask? Well, for anyone out there that has seen Mean Girls,

or who went to college, or if you haven’t done either of those (well first off, really? More about Mean Girls then college…) then if you have at least looked at an adult section of a Halloween Store,

you know that Halloween past the age of 15 is when girls dress likes carefully thought out sluts and hos. Yeah, I said it. That “Mouse” costume really just consists of a bra, underwear and mouse ears that she made last minute. And that “Devil” costume…she looked for months for the perfect red slip and then last minute ran to the Rite-Aid for some ears. You get my drift…. 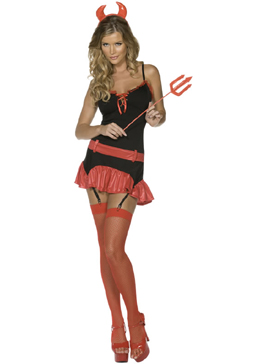 What is this? No really? who is wearing this? Can someone really tell me?

Remember this scene from Never Been Kissed where all the "cool" girls show up as Barbies? Yeah.

But Soloween doesn’t work that way! I remember one year in college I dressed up as Tom Cruise in Risky Business (pre-couch jumping craziness, when he was still cute). A great costume if you ask me… 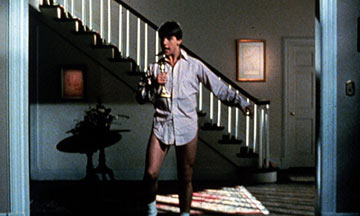 (and if you out there are still looking for a costume, super easy! all you need are Raybans, an oversized button up shirt, and boxer briefs). So waiting in line with friends to go into our Halloween party, I see Spicoli. Yeah, that’s right. Spicoli…as in Fast Times at Ridgemont High. 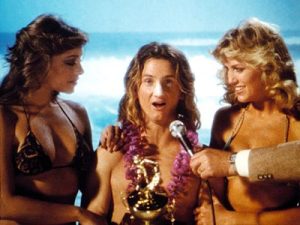 But this was a hot version of Spicoli, and I also had Halloween goggles on (not beer goggles! He WAS cute). See, 80s movie character wants another 80s movie character. Spicoli was super cute and into me, but the problem with costumes is that sometimes you then can’t tell what someone looks like without a long blond wig. Alas…

So that leaves you going, ok, but Soloween? What? Well, in the midst of being solo and trying to subtly (yeah, I attempt the subtle version) slut it up, there are the gross couples that somehow feel the need to keep on throwing it in our faces that they are a pair, and we are a one (and one is the loneliest number). While you’re off looking for your partner in crime, they have already plotted out their costumes so that they ARE actually partners in crime!

Case in Point: Ted from "How I Met Your Mother" as the solo hotdog, with Lily and Marshall as the Bullfighter and Bull.

Now, don’t get me wrong. I am not saying that all couples costumes are bad. I just think unnecessary ones are. Like, are you really both interested in The Flintstones so much so that you needed to go as Fred and Wilma? Or are you just excited that this year you have a Fred? 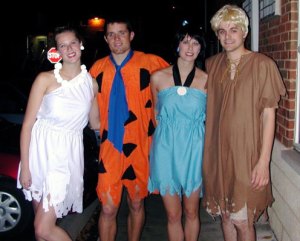 Am I really supposed to believe that some friend would really dress as some obscure sci-fi reference if she wasn’t dating some man-child who collects comic books and that is his favorite one? And am I really supposed to have to look at couple after couple in pairs on a night that is supposed to be fun, reminding me that I am alone. At least I still have hope that my big bad wolf is out there! Can you guess what I am going as for Halloween? 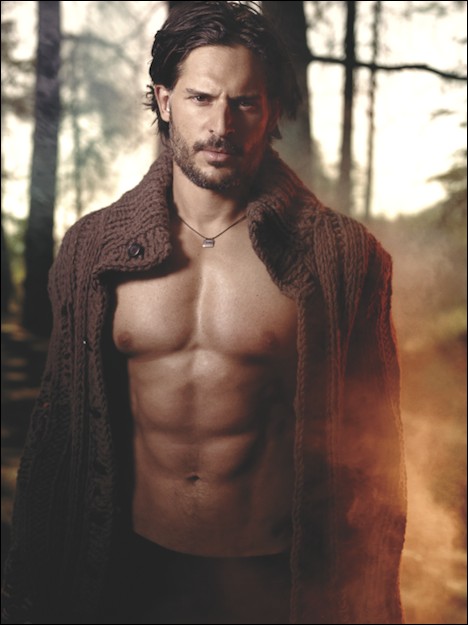 And hopefully the wolf I find will look like this! (No, I am not going as a True Blood related character)