Well, I think we can all answer that with a resounding “HELL, YES!!” Even like, or lust makes you into a crazy, stupid idiot. If you didn’t “act a fool” about the girl/guy/transgendered you are involved with then, you probably should reevaluate your relationship status…and I don’t just mean saying you are “complicated” on the ole facebook.

Finally! A movie poster without a teacher wearing Louboutins! Bad Teacher...I'm lookin at you!

So, clearly, I saw Crazy, Stupid, Love this weekend. I really enjoyed it. I think I enjoyed it so much because it felt somewhat real..well at least realer than must Hollywood films, because like I said (and like Emma Stone’s character reiterates in the movie), Ryan Gosling’s abs are a fucking work of art. That is even the take away that my own mother got from the movie!

Yes...Yes, Yes! And whoever decides that he "needs" to wear shirts in other movies...really?

But besides Abtacular’s (Ryan’s new name on this blog) great abs and amazing moves (by the way, Dirty Dancing thing, totes would have worked on me and any other girl at MY summer camp.)…

I have never been this jealous of Al Roker

I think there is a really great understanding of the fact that the minute you stop having the crazy or stupid for someone, you kind of lose it. Once it becomes a bit too mundane, you are done. But how do you pepper in the crazy and stupid with the real?

I am going to admit something deep and dark here. I can be crazy and stupid when I am into a guy. I know you are thinking, wait, singlegal, no duh. But, no, I can be really crazy and stupid. I will do and say things that I know are dumb, and I know are asinine. But for some reason my heart take control of my head and doesn’t allow it to function properly…

Which is why, this one time in college (which is how all great stories start, right?) I was so into this guy, who was a typical college “dude,” emphasis on the dude. He was a dude. So much so, we can just refer to him as dude (he doesn’t deserve The Big Lebowski reference of “The Dude”). 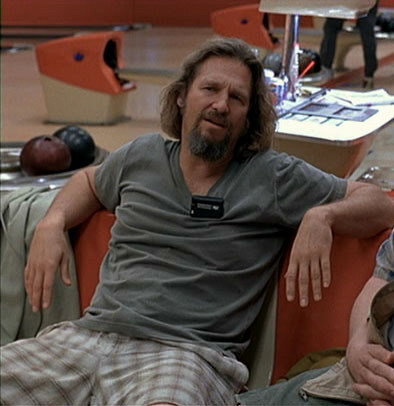 He wishes he was this cool...

In my naiveté, I took dude’s interest in me as something real. He was sharing things that no other guy had shared with me before (oh, young me…if only I could warn her now! To the Delorean!). I really liked him! And then he gave me the inevitable line…”I just got out of a long relationship. I’m not looking for anything serious.” Oh really, dude?! Once Again, things that could have been brought to my attention YESTERDAY!

And that’s when the crazy begins…because I (and pardon me if you haven’t seen Crazy, Stupid, Love yet) am just like the rejected little boy. Or the wayward babysitter (um, can we say most successful person off of America’s Next Top Model…including Tyra?) Or like Steve Carrell, although he beds A LOT more ladies in this movie than a sad single guy should (or would?). But once you feel that rejection, the part of your brain that controls the crazy MUST kick off. I have no scientific proof. But I know it to be true.

Because, I, singlegal, become a bit of a stalker. Not hardcore, pap style, taking pictures in the bushes, following 50 feet behind in a blonde wig style. No, not using everything I learned on Alias, although I did learn a lot. No this was more of the I would maybe take a longer route to class to pass “coincidentally” right by his dorm. I might encourage eating at the same dining hall as him. You get the point.

Not sure what I was hoping to accomplish. That he would see me outside his window, run out to me in the middle of the quad, shouting my name for all to hear, and then proudly kiss me in front of everyone? Clearly that would be a little to Rom Com! No, I think I more wanted him to just see me, or his friends to see me so that I could ignore him. Crazy, right? Stupid, right?