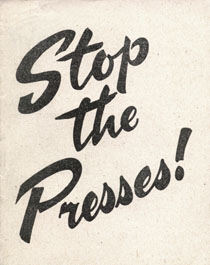 I don’t mean in your own bedrooms, or homes. Or wherever else you may legally conduct consensual acts on others. But lately it has seemed that there has been in excuse of inappropriate touching (and way beyond that!) stories in the news.

Don’t get me wrong, folks! If you haven’t heard everything that is going on (I didn’t hear it all until a little while ago either…I guess my usual news sources of TMZ, dListed, and Vulture don’t typically cover every news story unless Kim K or LiLo is involved somehow), hopefully I can help fill you in a little: 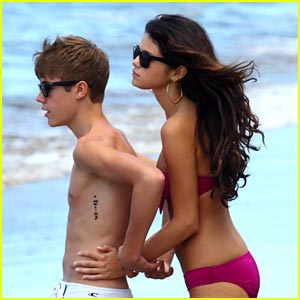 Come on...this is the most asexual man ever!

Now, most of you Bieber-heads, Bieber-holics, Man Child Lez Beaver fans are probably in disBIEBlief that he even has any sexual genitalia. Or at least I am. I don’t get the whole weird Justin Bieber thing…especially grown women being obsessed with him. But now some girl, who apparently has a photo floating around the internet with her face wrapped in..Seran wrap?

Can someone clarify?…is claiming that little Biebs slept with her backstage and they produced a little baby girl (Poor Selena Gomez…). Regardless of if this is true or not, it still brings horrible thoughts to my mind…

2. Herman Cain: Not Running on Obama’s slogan “Yes We Can,” but “Yes I Will…ask for sexual favors”

Herman Cain, one of the many, many Republican presidential nominees, has been accused of sexual assaulting women back in the 90s when he was head of the National Restaurant Association. Now, I’m sorry, but I don’t really need this trouble in my government right now. It was one thing with Clinton…our economy wasn’t in the crapper. But to worry that our President, who by the way, only has experience in PIZZA, has a history of molesting women…no thank you! No woman wants a spot in the cabinet that bad…No Cain Do!

And by far the worst and most upsetting

No, this is not a joke. This is his actual autobiography. Called TOUCH! TOUCH!! Really, nobody had any clue that he was TOUCHing little boys?

I am not the biggest of sports fans, but I do know that in college football there is no more respected guy than Penn State’s Joe Pa….until now. A scandal has rocked PSU and it’s sports program. In perhaps what can only be described as creepy and unimaginable, Former Penn State assistant coach Jerry Sandusky has been charged with sexually abusing eight boys from 1994 to 2009. What is worse, is that Sandusky retired from PSU in 1999, but maintained an office on campus. An office where Sandusky evidently used to lure children as young as nine or 10 onto the university campus, where he allegedly was seen sodomizing a young boy in the locker room shower, after hours, in 2002. The sad part in this situation is that Joe Paterno did the bare minimum in the situation, reporting the incident to his athletic director. Sandusky was removed from campus..but c’mon…that didn’t stop him! And even more cringe worthy, Sandusky had started a charity called The Second Mile to help at risk youth. Even when notified about the 2002 incident, they still allowed Sandusky to be involved with the organization. It was only in 2008 (UGH), when Sandusky informed the organization he was under investigation after allegations made by an adolescent male, that the organization finally felt it was best to keep him from program activities involving children. What a sad and disgraceful story. That a man would prey on young children, and that also the people around him would not do anything to stop him. Shame on you!