So since I have been so busy traveling and have neglected all you fine people, I missed the Fourth of July. And yes, I know, Fourth of July=Declaration of Independence, but really? Fuck that!
So I decided to keep on the theme of American documents and draft a SadSingle Bill of Rights (Loosely, WAYYYYY loosely based on the real bill of rights…ok maybe not even based just used whatever I remembered from 3rd grade and a glance at google …) 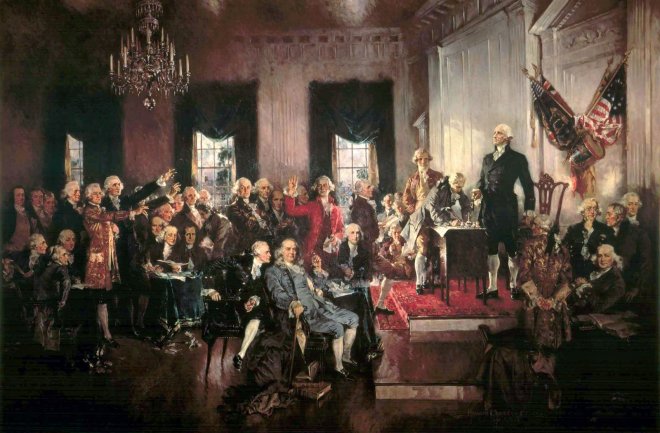 All those men in one place….can you count the STDs?

First SADmendment: You always have the right to lie to your family, especially senile grandmothers, about the status of your dating life. “Why yes, Grandma, I have been married for 2 years! You were at the wedding? Don’t you remember? Me and Julie are really happy!”

Second SADmendment: Women have the right to be as crazy as they want. It is basically our prerogative. As long as we acknowledge our craziness, it is fine. “I just called the phone company because I had only received texts from female friends. I am getting my period this week. Shut up.”

Third SADmendment: No girl should be forced to wing-man a situation with a seriously unfortunate and grabby friend. There is such a thing as being too good of a friend. “Oh you went to comic con last week? As a furry?”

Fourth SADmendment: Stalking (facebook, google, linkdin) should all be reserved until at least a real date has commenced. Please, I don’t want anyone judging me on that Picture! “Oh you saw that…I can explain. I mean it was spring break, and um….um….”

Fifth SADmendment: You can’t use anything said under a drunken context as the truth. This doesn’t mean it can excuse lame ass manhavior, but men are known to do the “over promise” when intoxicated. “Don’t you remember, last night, in bed, you said you were going to take me to the ballet!”

Sixth SADmendment: When a guy (or lady) screws you over, your friends have the right to bitch said person out, just not in any work environment that would be detrimental to their career. But at a bar on a Saturday night when they are macking on someone else, YES! “Yo, slut, that guy is a cheating son of a bitch….you’re his boss? oh”

Seventh SADmendment: If you really hate the guy (or lady) that your friend is with, you will wait until the appropriate time to voice those concerns ie: after they are REALLY, Really, FOR REALZ broken up. Under the circumstances that the significant other hits on you, you are not obligated to tell, because in all likelihood the friend will not believe you. “So I know you said that Jim wasn’t right for me, but we got back together last night!! Yea!!”

Eight SADmendment: On a first date, the guy will respect the fake wallet grab, but insist that they pay. (what, I can be old fashioned!!) “Are you sure I can’t pay?”

Ninth SADmendment: If any guy ever tells you that you look fat or should watch your weight, you have the right to assault him. “Are you sure you should be eating that?”

Tenth SADmendment:There are no real steadfast rules for relationships, but at the same time that is also bullshit. Have fun, and if it isn’t Run Forrest, Run!!! “HELP!!!!”